Technology is never stagnant and what else could have explained it better than the new concept that is set to transform the way interacted with the world around us? Yes, we are talking of IoT, or Internet of Things. It essentially consists of assigning an IP address to every man-made equipment or an object around you and communicate with it wirelessly. That is precisely what is meant by controlling Things with the use of the Internet. India has been one of the leading providers in the field of IoT technology. India, being a vast country, has several companies spread across different cities and actively involved in the arena of IoT and related functions. Checklist the Best IoT Companies in Chennai 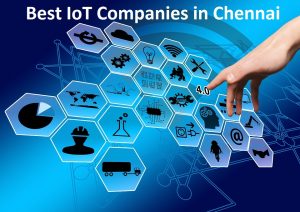 Here are a few companies that have been centered in Chennai and involved in the development of IoT and other related services. We will check out the top companies working in IoT.

The company has been behind the launch of two world-class products in the form of HoraData and HoraVue. These programs give customers the ability to operate and manage their assets with the use of the internet. Making a humble beginning with just three employees, the company has now grown and has become one of the leading IoT analytics company globally. They believe in the fact that Internet can be brought to life by making it interact with machines.

Qruize is the clear reader in the IoT sector. It does focus on Cloud, Mobile, and Internet of Things.

The company has been able to leave its footprints, thanks to its product line up that offers custom built solution frameworks. They have been constantly involved in the research of the cutting edge technologies and aim at making it the technology and a perfect solution tomorrow. Their strength is envisaged by the fact that they have earned the top spot among the 100 best companies in the red Herring list. Located in Ashok Nagar in Chennai, the company indeed has a promising future ahead.

The iStudio Technologies is the leading web design company. With over 9 years of excellence in the technology arena, the company has identified the need for the development in the IoT development and began working in the arena in the sector.

The firm has been actively working in various areas that have a bearing in the concept of IoT. The services offered by IStudio cover a wide range of genres. Some worthy examples can be summarised as agriculture, Healthcare, electronics and smart city among a host of them. With over 500 clients and track record of world-class solutions, it can be your one-stop solution of IoT needs you may have.

This can be the best example to prove the reach of IoT technology. Quad 42 works in the digital signage arena and offers services in the Artificial Intelligence engine.

The AI Engine works in tandem with a host of industry-first features and prepares the ground a perfect sync for a host of services and equipment. The multilingual and multi-screen support offer you a third-party integration. The product can useful in several areas- whether governmental or nongovernmental. Airports, retail, corporates, hotels, and hospitals are few areas that can benefit from the media player AI Engine.

The company that has an experience of over 15 years, it has developed the best in the class operating system in Cloud and later entered into the new age technology – Augmented reality and IoT.

The company has been involved in IoT quite recently. They have launched several products and services in the genre. Keeping the automation at its simplest form is what Pupa Clic believes in. They have been involved in building products in varied genres like WiFi Home Automation, automotive retails and real estate. The company has developed several smart systems and devices catering to a wide range of business requirements.

Before We take Your Leave.

Well, that was just a short list of around five best companies dealing with the Internet of Things and related aspects of your IoT requirements. Not that Chennai has only these five enterprises dealing in IOT. We compiled this list of the best options for the IoT companies in Chennai based on different genres of areas that they provide service in.

India being the software hub for the world has indeed been actively involved in the IoT as well. Chennai has been not an exclusion either. The city is a home to a lot of companies and those we have featured here are just a part of the huge list.

the best IoT Companies in Delhi/NCR

Disclaimer- The Above Article is only a view According to  Content Writer.It’s not at related to the rating of the services.The article is just the Blogger view.

List of Best IoT Companies in Gurgaon with brief Information

List of Best IoT Companies In Chandigarh with brief Information